The house where we were designed this fabulous kitchen was built in the 1930's in a secluded road in Ware, Hertfordshire. 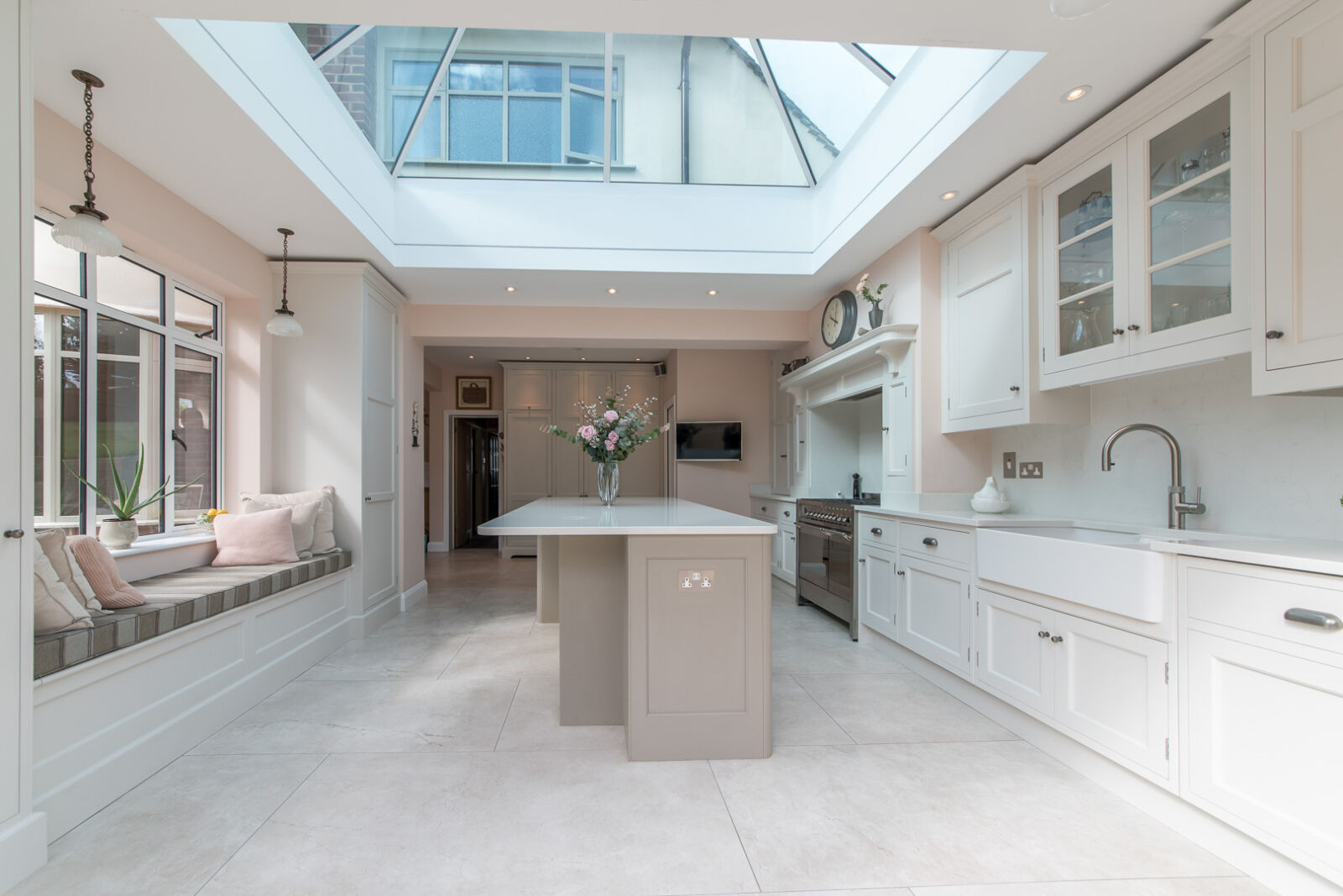 The new owners, Craig and Natalie  were prepared to renovate it in a sympathetic yet modern way and knowing it was going to be a long haul opted to take it at a leisurely pace. They decided that a new kitchen would be a priority, and having heard good things about John Ladbury and Company, called in for a chat. The brief was to fill the kitchen with light and utilise all the space available - the addition of a lantern light letting the sunshine flood in, was a pretty good start!  After visiting the showroom and discussing their options they settled for a painted Edwardian style kitchen which would be in keeping with the age of the house. Part of the brief was a central island where they could sit together and chat while preparing food and Natalie agrees that this addition is one of the most utilised - along with the Caple wine fridge which is incorporated within the island!

Natalie had set her heart on the bar seats from Loaf with the interesting name of Milk and was happy to wait until they were back in stock. We all agree that they sit just right! 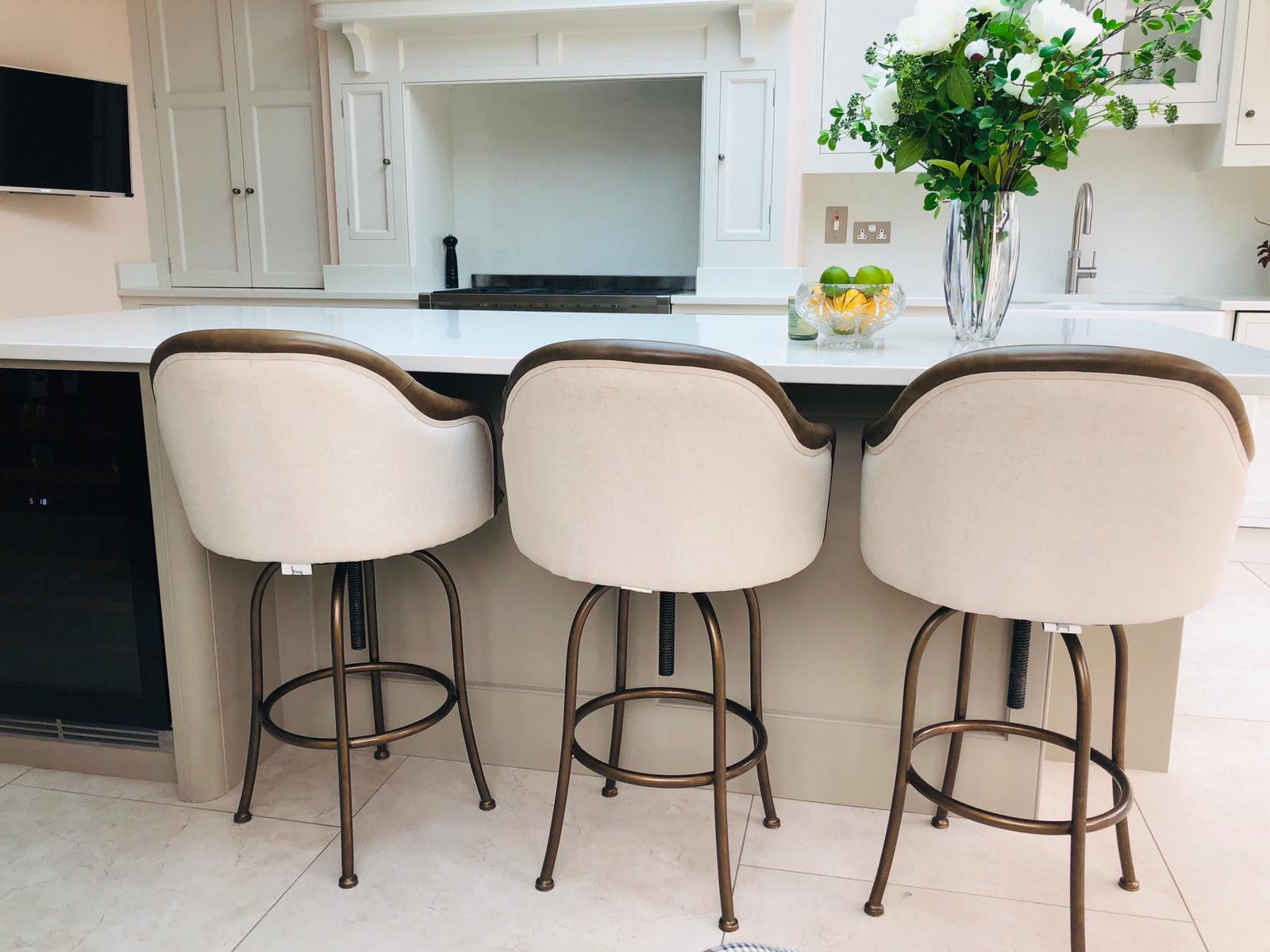 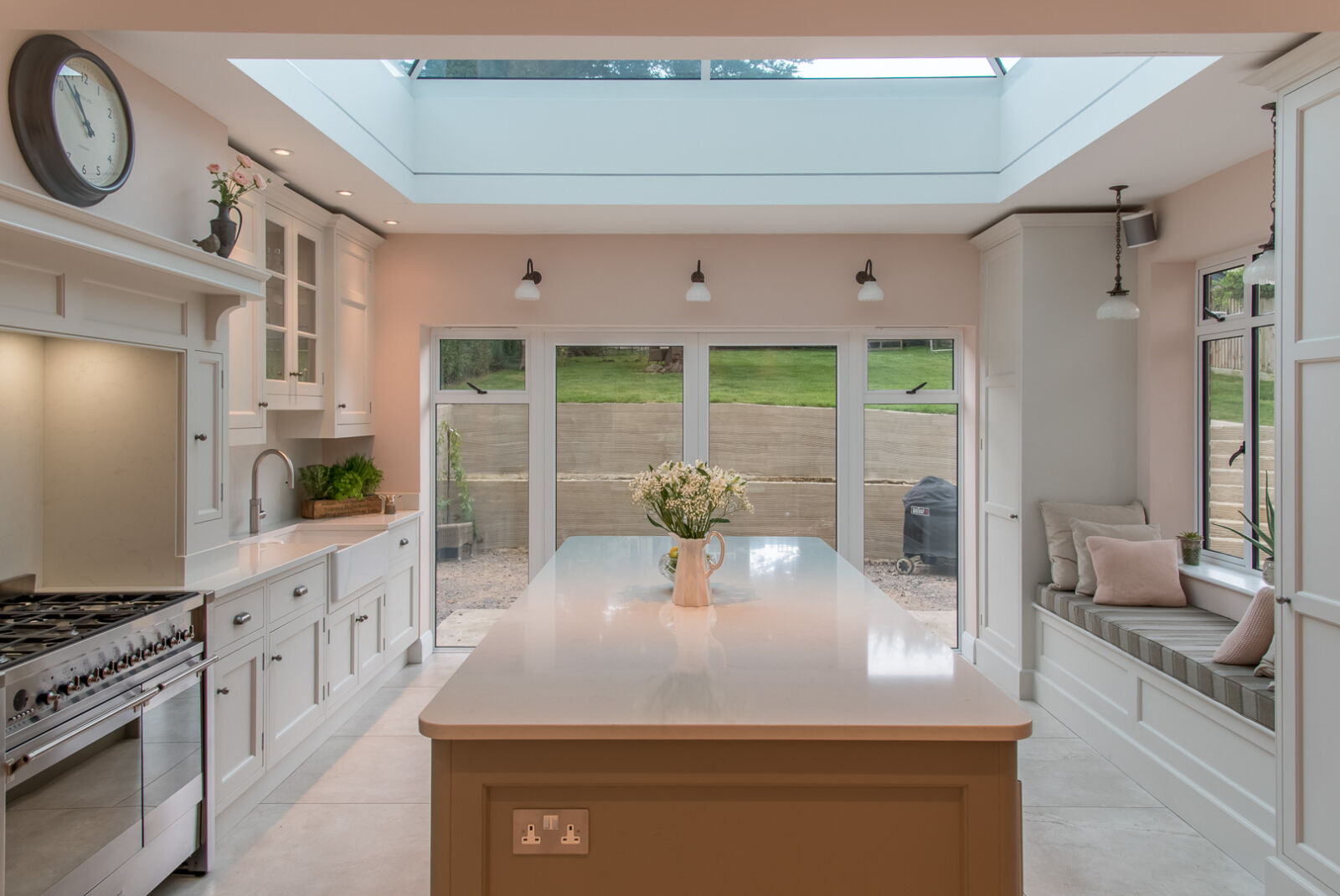 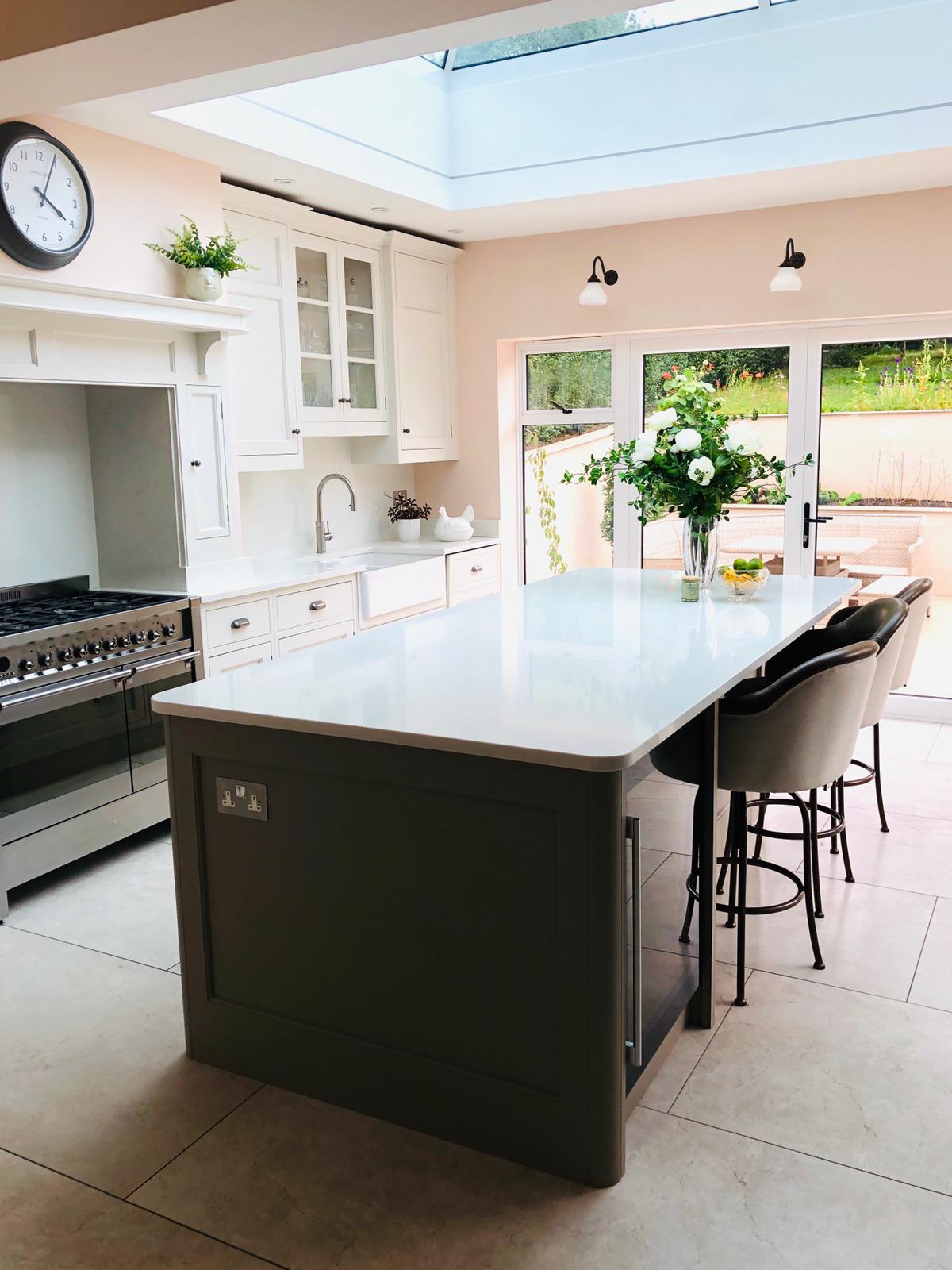 Paint and Paper library paint was used on the woodwork: Canvas on the cupboards and Tarlatan on the island which has a composite quartz worktop.

A padded seating area under the window is a useful addition, to utilise space although apparently, it’s mostly enjoyed by lying horizontal while surfing the net! Nothing wrong with that! 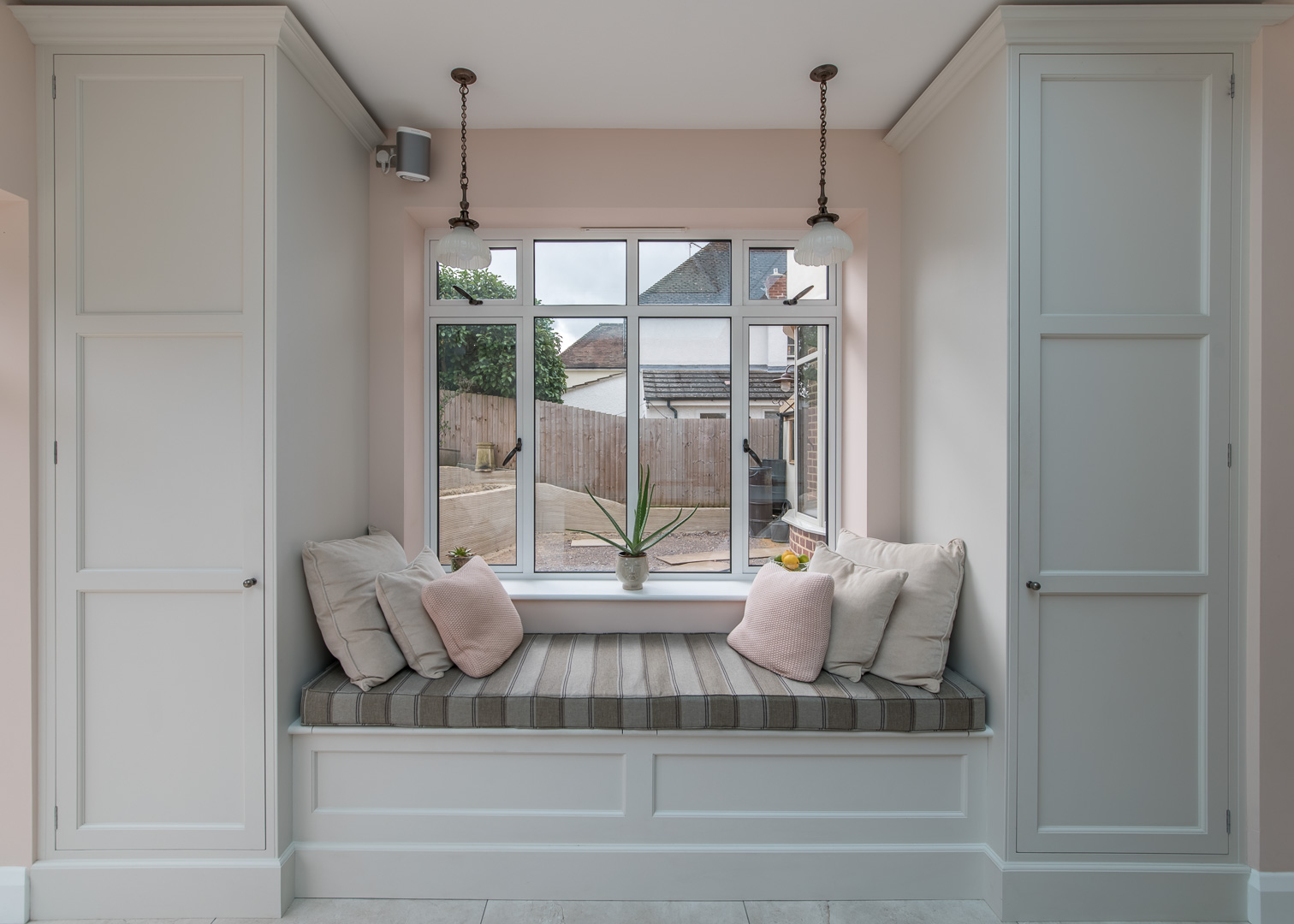